Courtesy of our friend Mick Neilson, here’s the script for Warcraft: Ashbringer #1!

Now, I’m sure a number of you out there are Warcraft addicts…my Bizzard poison of choice was Warhammer’s 2 and 3– also, I lost a number of months of my life to Starcraft. I’m almost frightened with the upcoming release of Starcraft 2!

Needless to say, the gang at Blizzard makes good games– and part of what sets them apart from the crowd is their attention to the story of the worlds they create…Stories obviously need writers, and one of those talented folks is Micky Neilson, Creative Director at Blizzard! (You can all secretly curse him for having such an awesome job. Go ahead, I know you want to.)

Mickey has been fleshing out the Ashbringer lore– for those unfamiliar, The Ashbringer the blade of the Scarlet Highlord Mograine, which slew the Scourge by the hundreds and might have singlehandedly redeemed Azeroth, were it not for the treachery of his son, Renault.

Teaming up with Wildstorm, Mickey and Blizzard have delivered a downright awesome looking book– go check it out here with a 5 page preview

Mickey: Yep, I send a plot rough to DC/Wildstorm, which goes to the artist and they knock out the pencils. Once I get the pencils back I work on finalized script.
I followed up with a question about how he deals with working up character descriptions with his artist:
Mickey: Blizzard provides detailed character descriptions in most cases, unless such info simply doesn’t exist, in which case we have the artist work up character concepts.

Obviously, Mickey would love to share with us the plot rough for issue one– but it apprarently contains some top secret Bizzard stuff– but, Mickey has offered to provide us with the script/plot to issue 4, after it has been released…So, be on the lookout for that!

In the meantime, give a look over the script here:

And, as always– please support our script donators by going out and picking up the book! 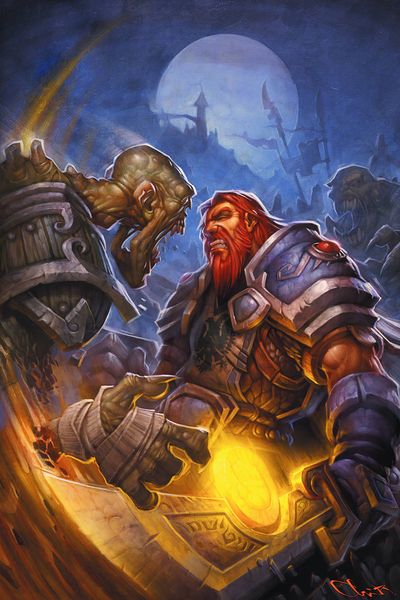