Here’s a very interesting script by the current writer of Spawn (alongside Todd McFarlane), Brian Holguin. No, it isn’t a Spawn script, but instead from a Top Cow series called Magdalena, which was an offshoot from the Witchblade/Darkness universe. The storyline is very Da Vinci Code meets Tomb Raider, and is pretty entertaining.

The script itself is also quite an interesting read in the respect that it actually reads. Mostly in the respect that Holguin doesn’t break down his panels numerically, but rather in paragraph breaks. He still adds in shot descriptions, such as Close-up, Angles, Wide, etc, but somehow (to me, at least) not having his panels numbered actually frees up the clutter on the page and allows the artist to visualize the page much easier.

On a side note, I met Brian last year at SDCC along with Whilce Portacio, both are really great guys– Brian in particular thought the script archive was a great idea and really wished it was available when he first got started– so, there you go: You’ve already got a leg up in the guy who is writing friggin’ Spawn!
I expect you all to be professional writers very soon!

If you like it, of course, please support the comic and this site by picking up a copy of the trade! 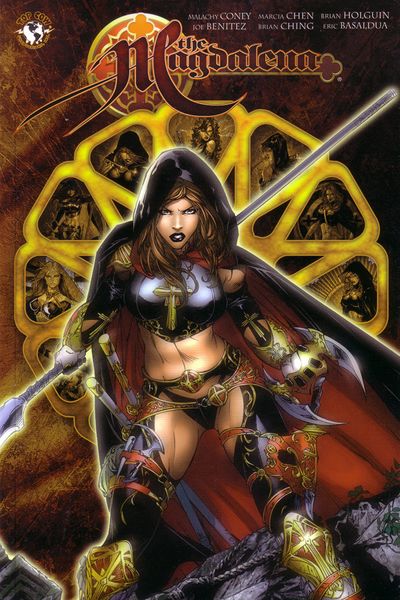